The basic idea of the „Salzburger Stier Award“ was to help cabaret to gain a stronger media presence - throughout the entire German-speaking area, across national borders. So the radio editorial offices of the public broadcasters donated this radio cabaret prize.
The prize is yearly awarded to the best cabaret artists and satirists from German-speaking countries. Among them are personalities such as Gerhart Polt, Ottfried Fischer, Günther Paal and Olaf Schubert. The award ceremony will be broadcast on the most important public radio stations.
The bull is the distinguishing mark of the award. Every year, the host of the event may and should reinterpret the bull. This time Formbar received this honour. The aim was to create a fresh, modern yet provocative look.
The project is supported by the largest German-language radio stations in Germany, Austria and Switzerland.
www.salzburgerstier.org 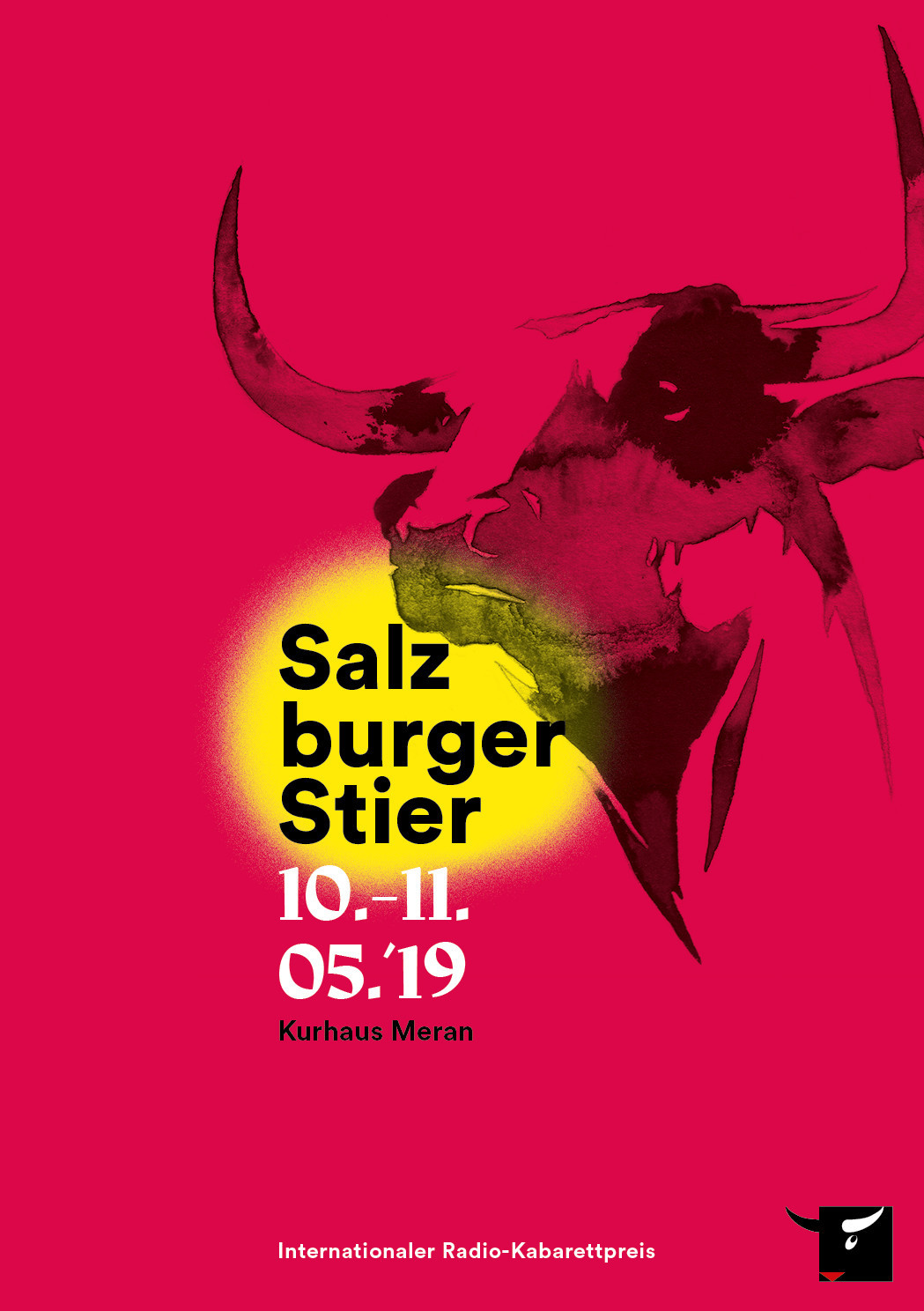 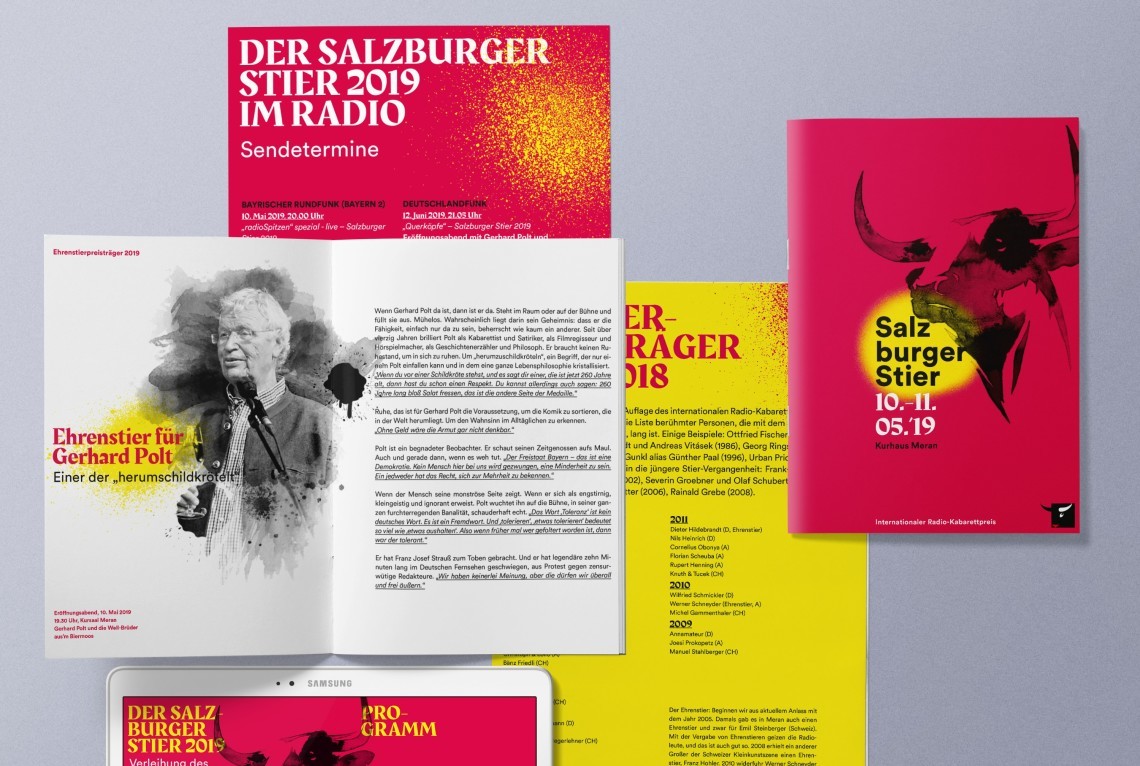 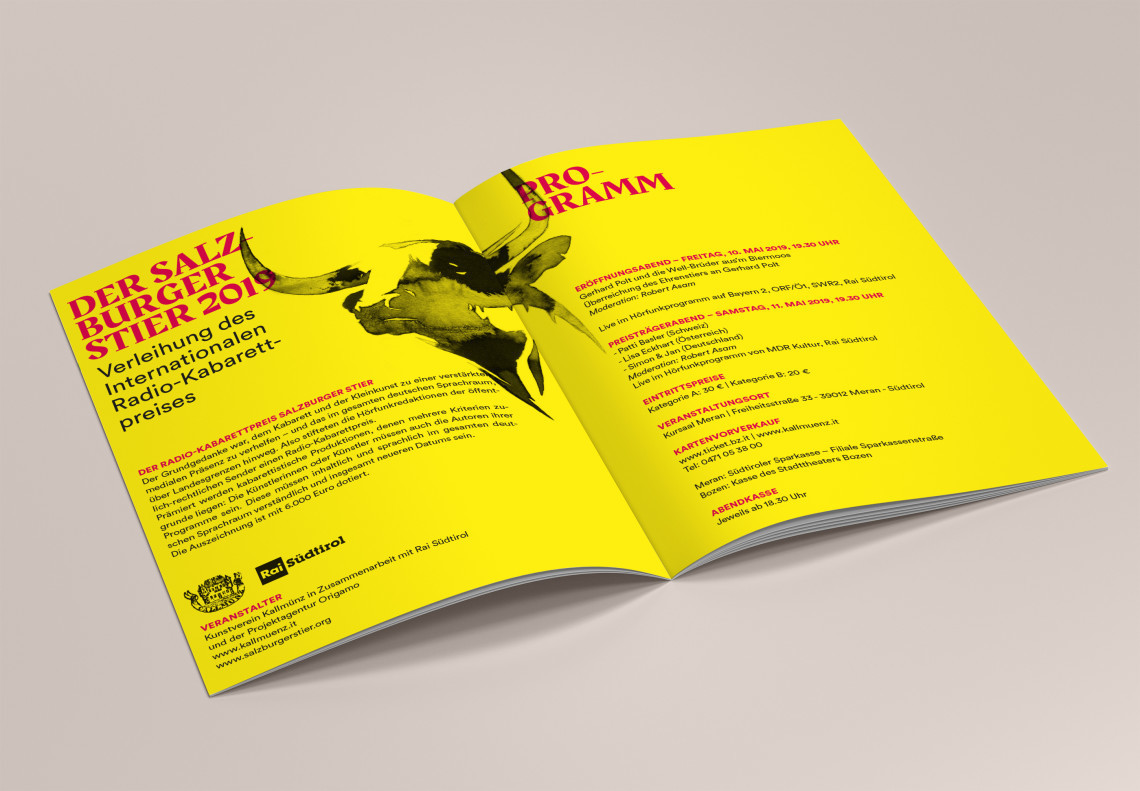 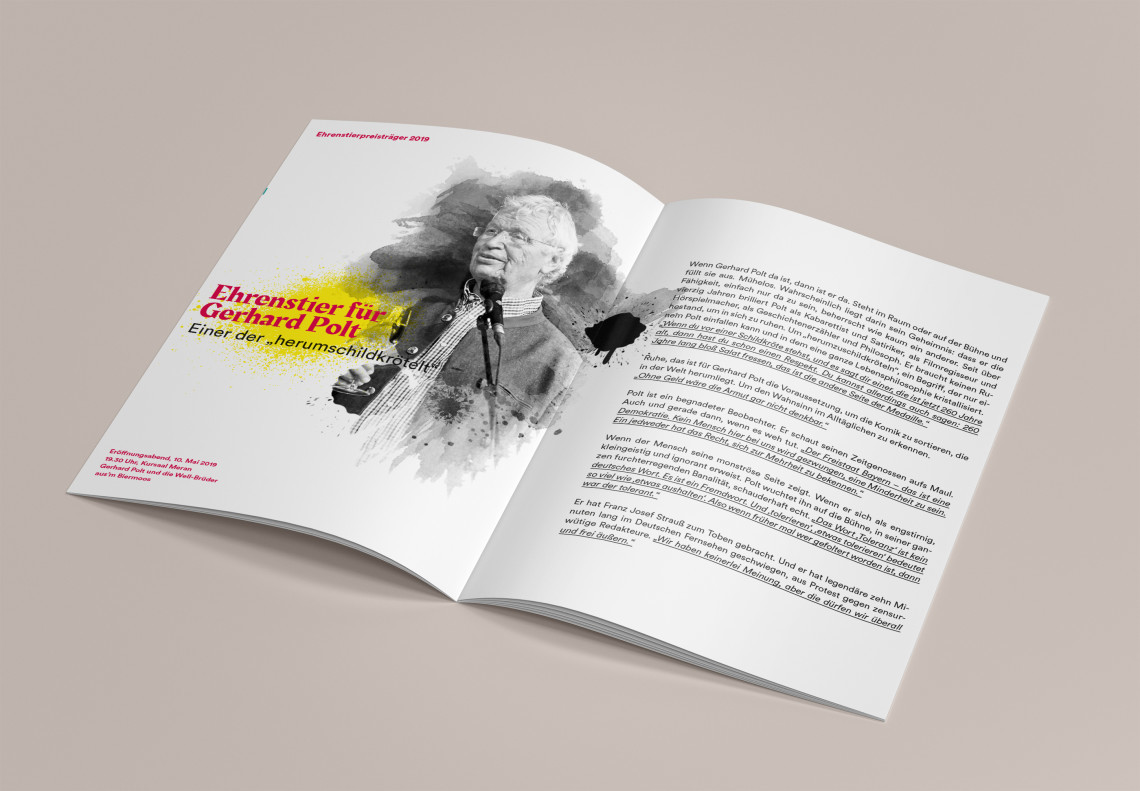 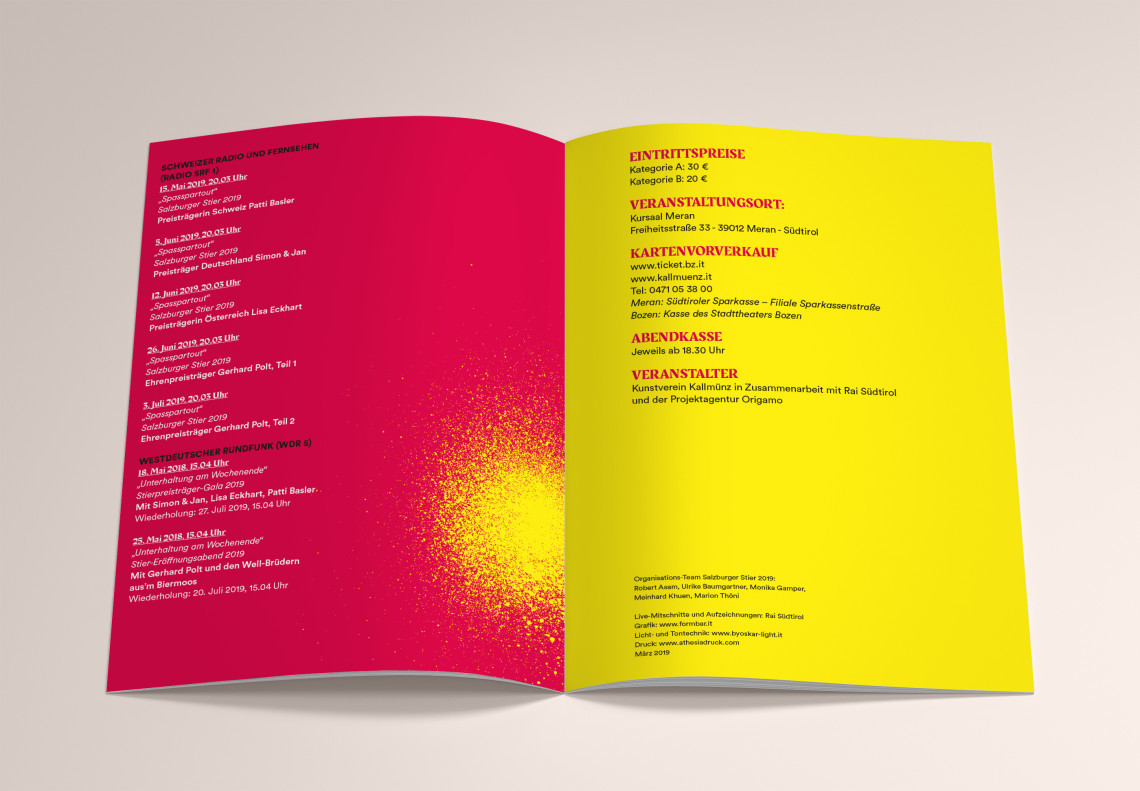 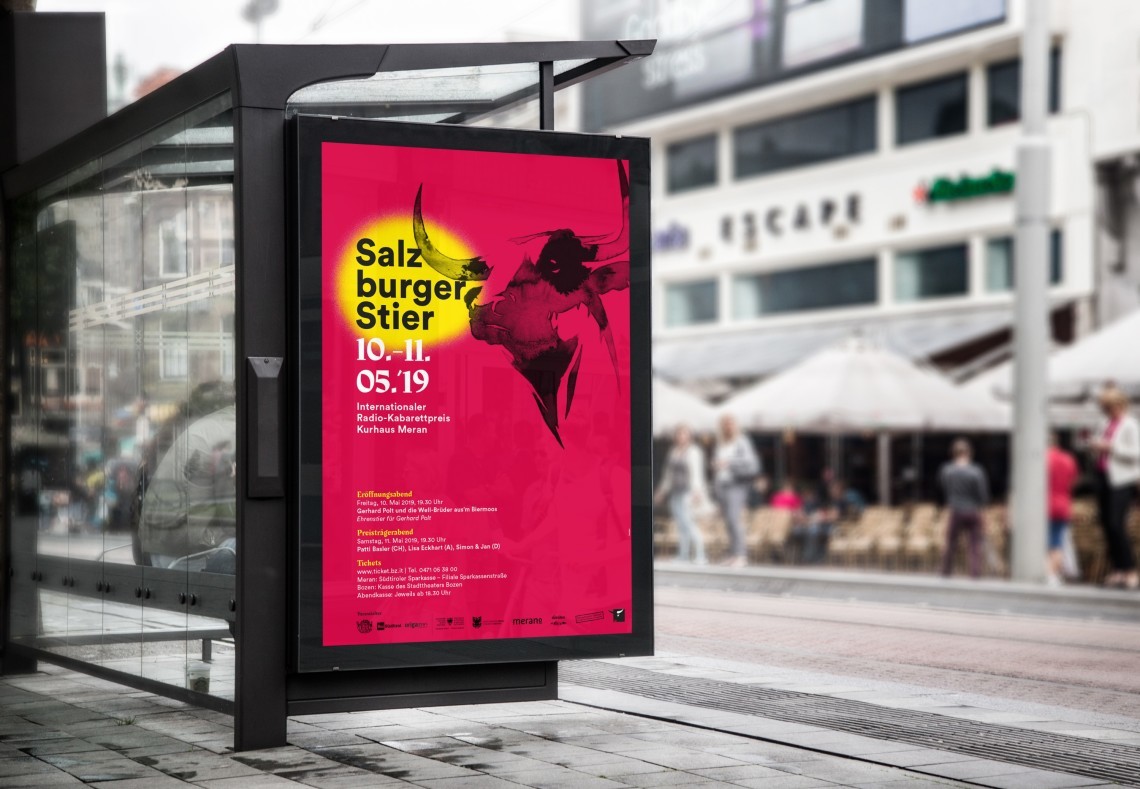 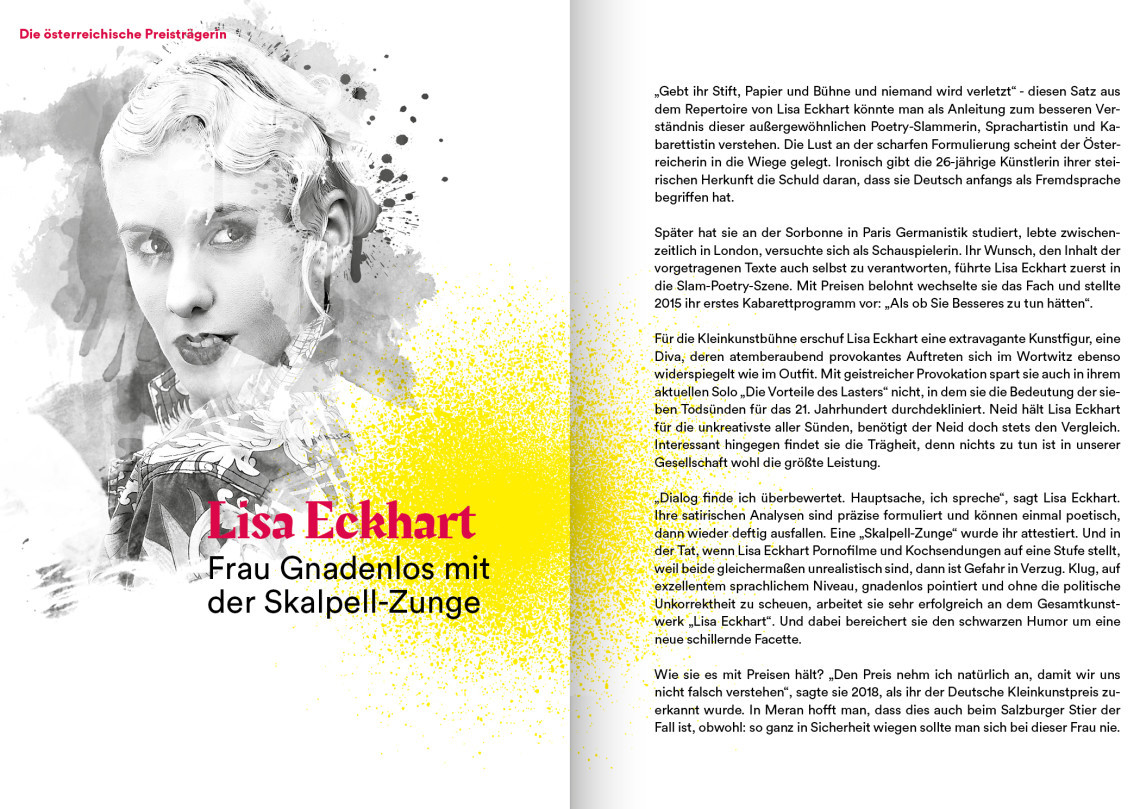 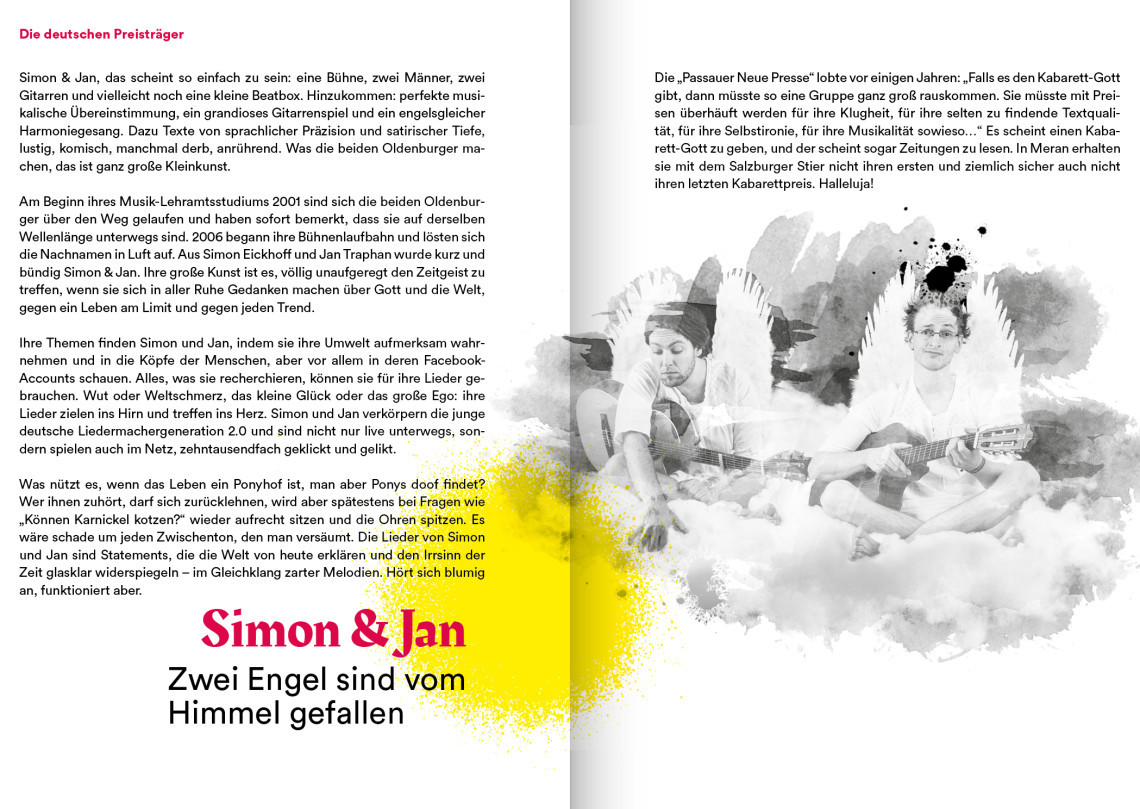 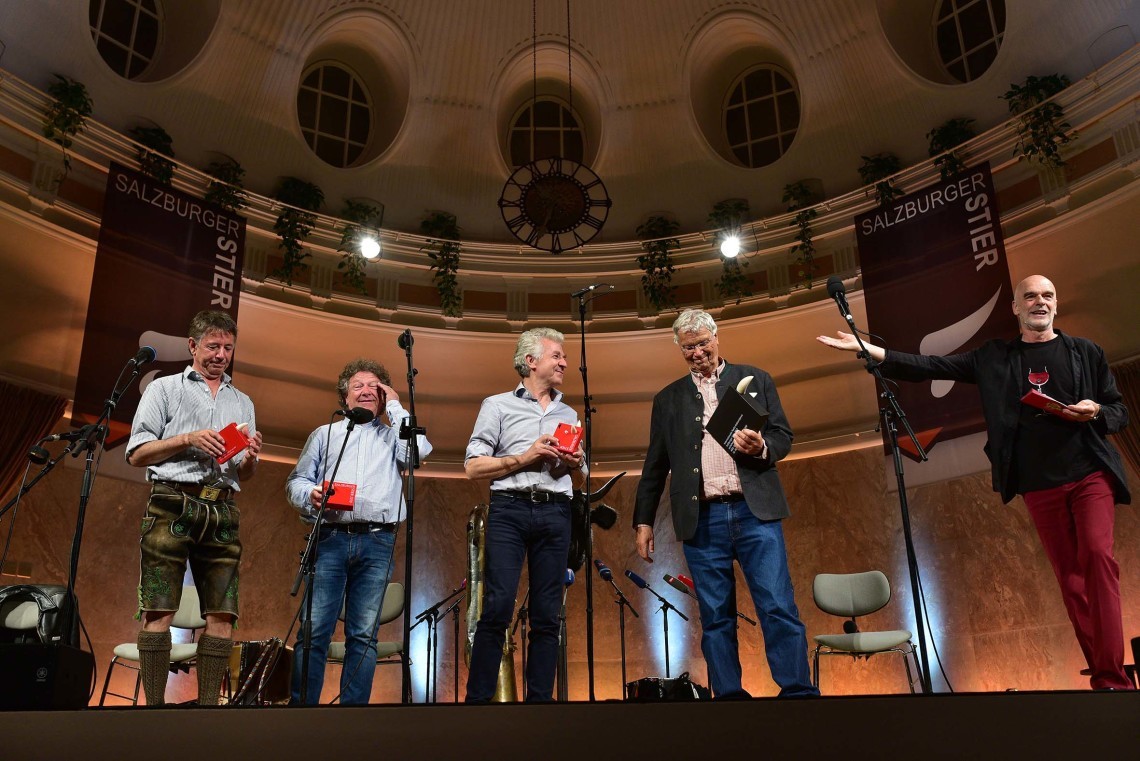 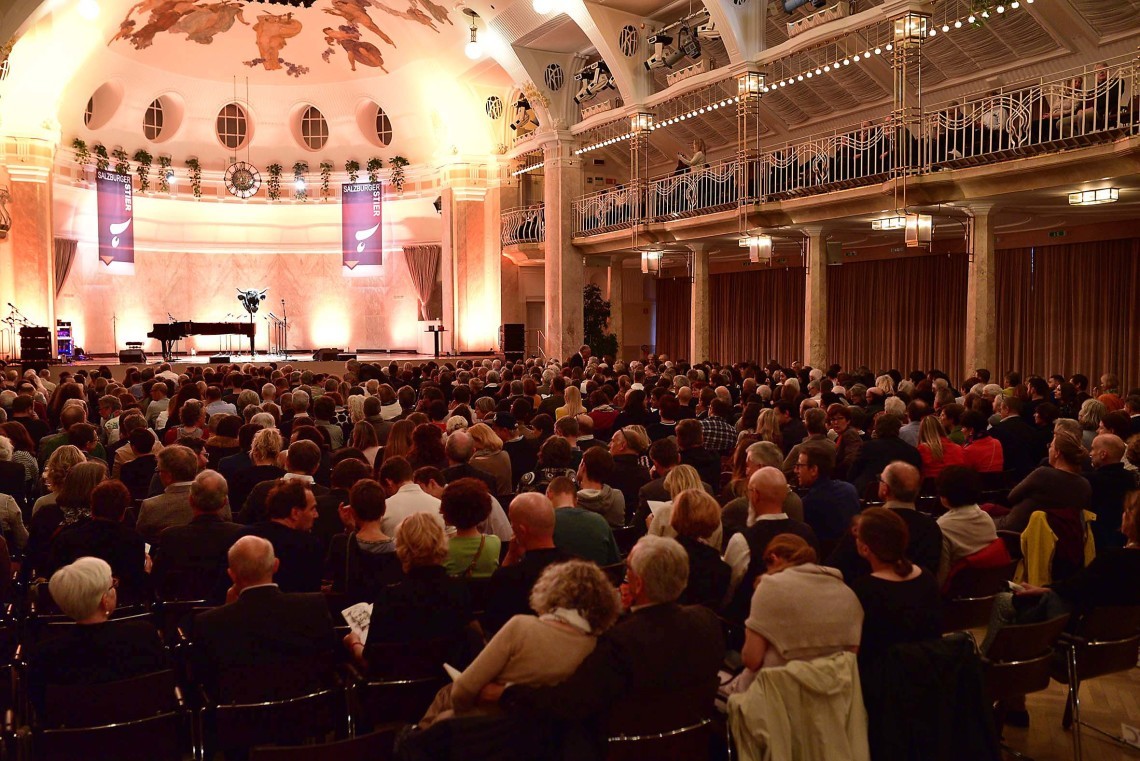 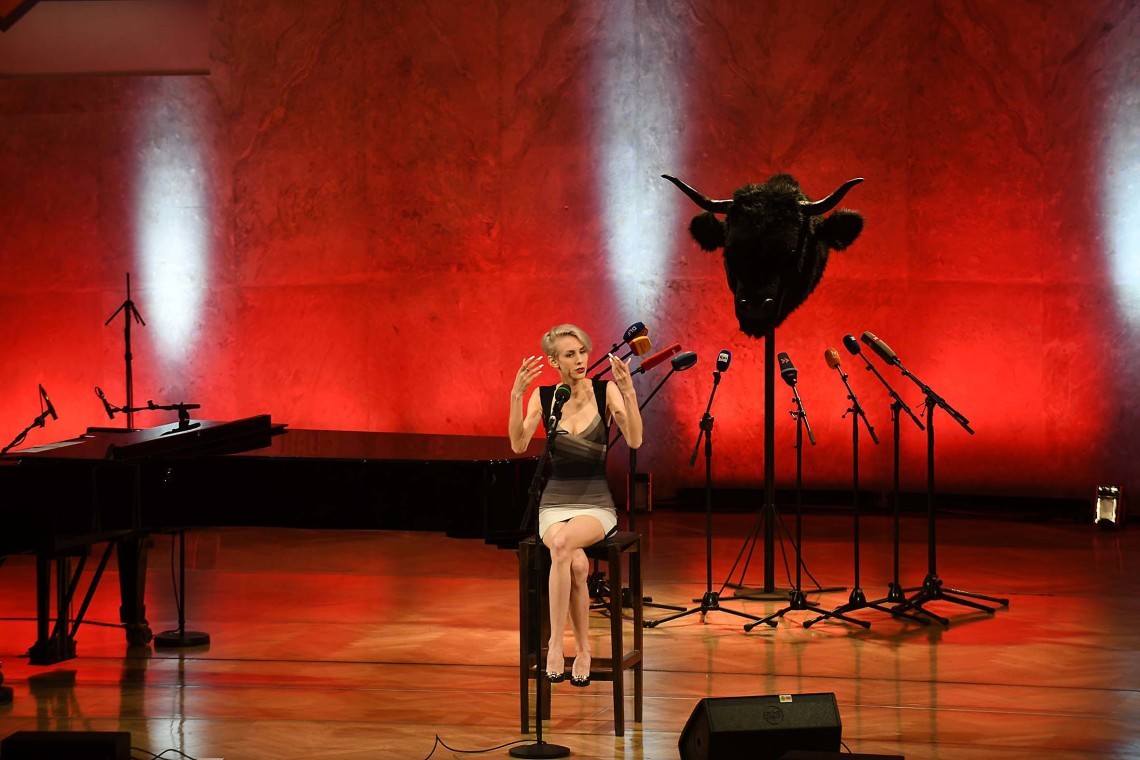 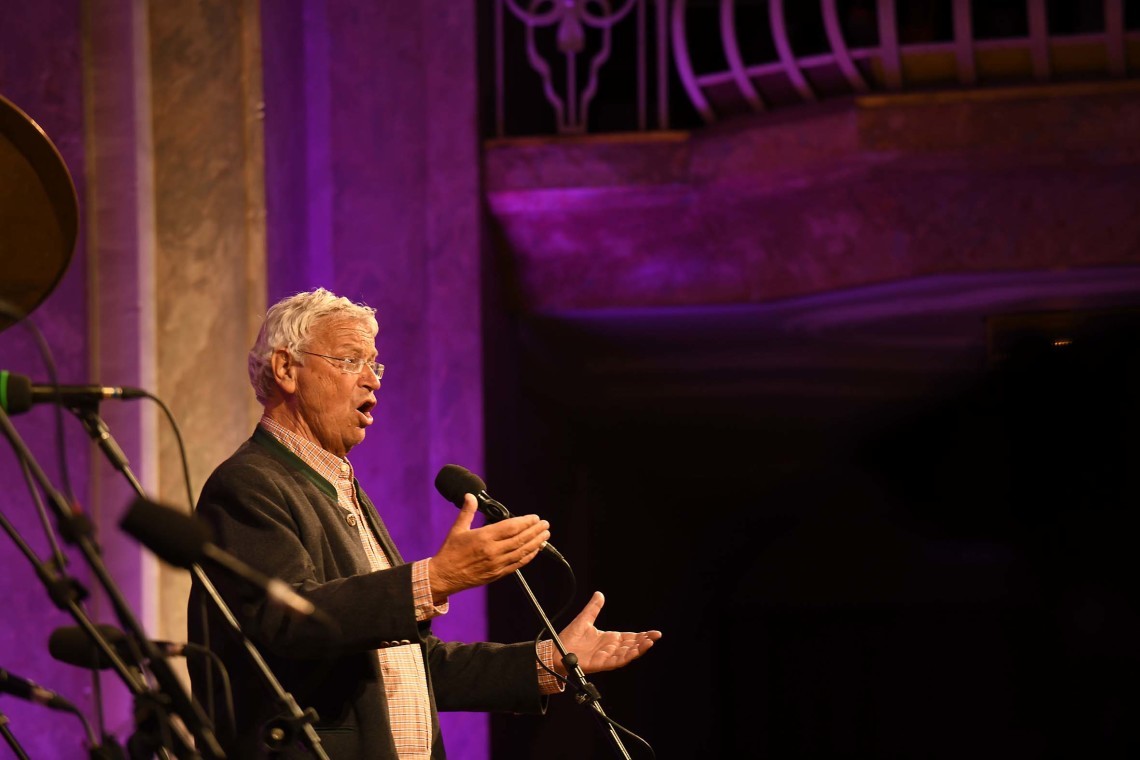 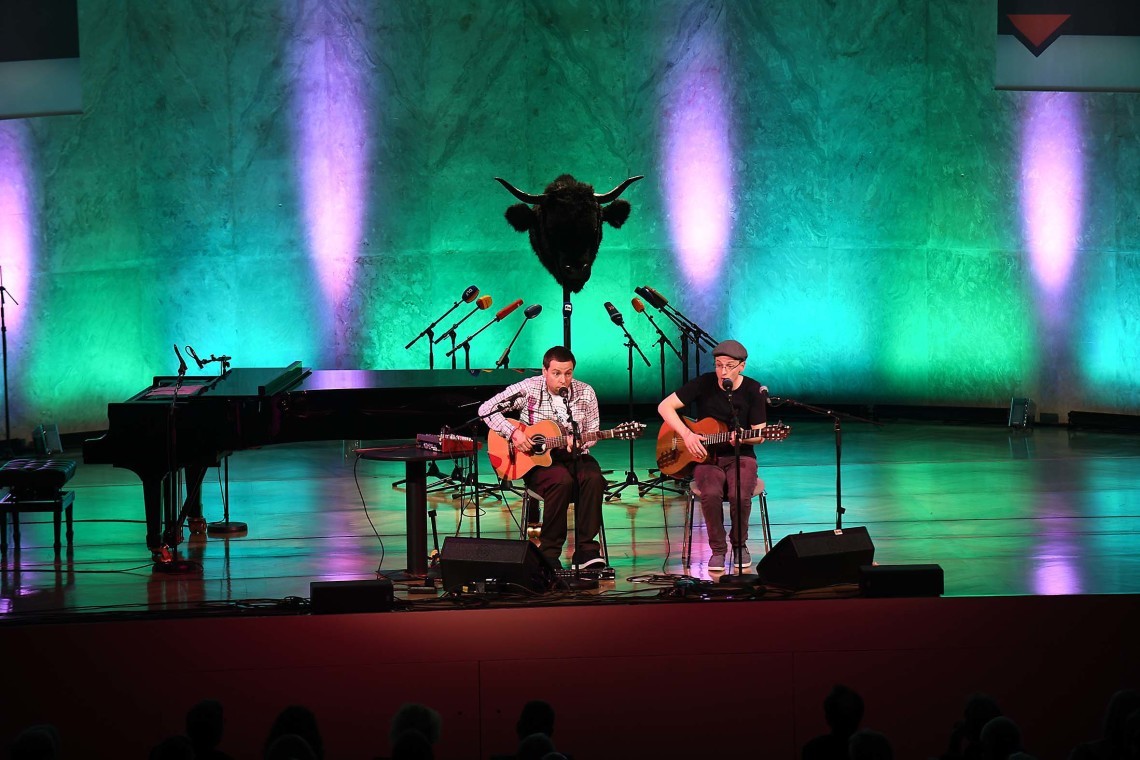 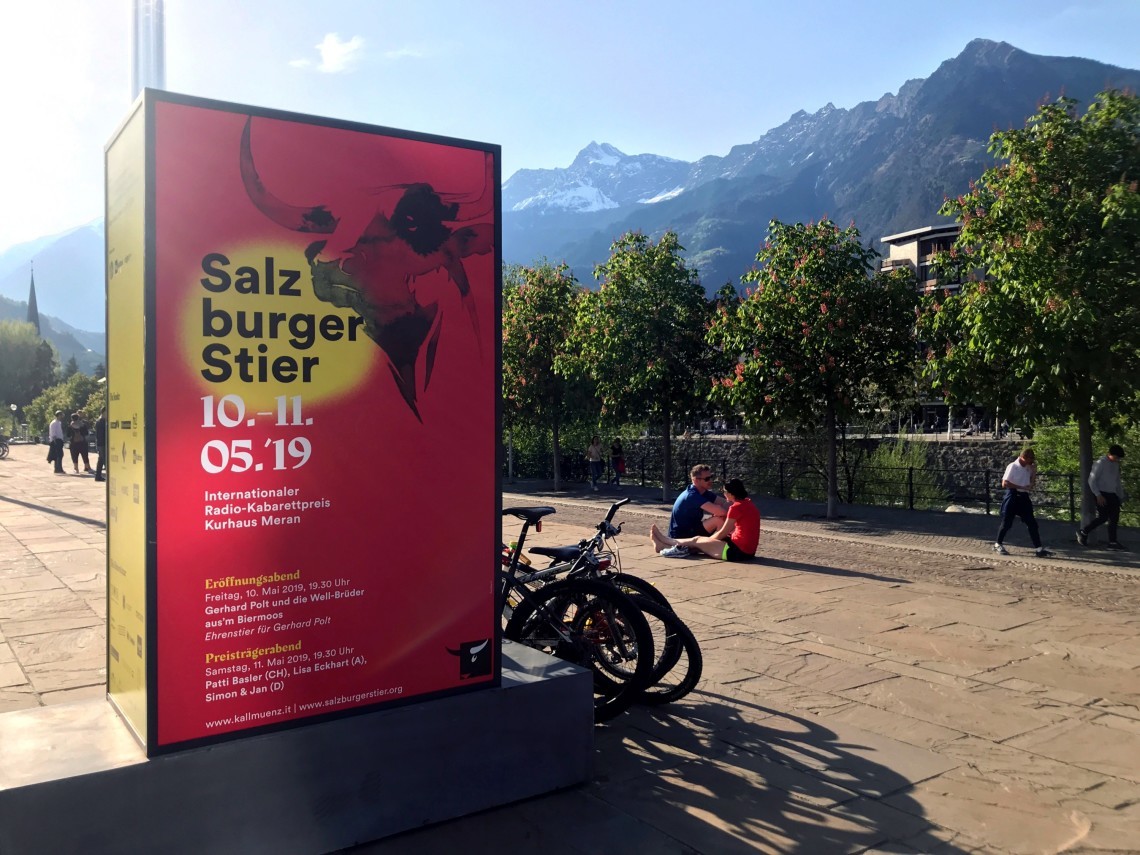